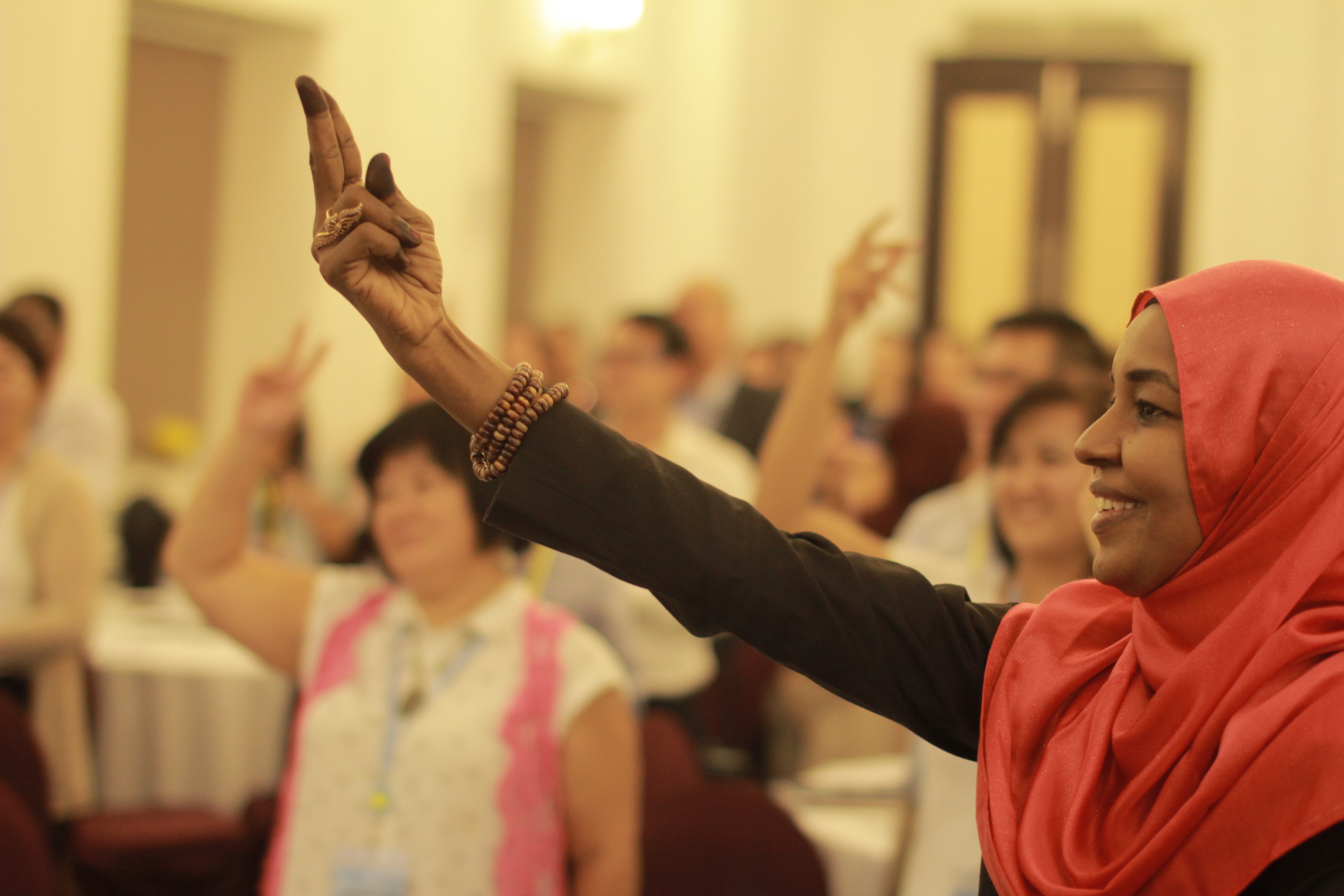 Ensaf Abdallah fights to make education one of the top political priorities in the face of regime change in Sudan. Photocredit: SCEFA
After 30 years of authoritarian rule, a transitional government has taken office in Khartoum and opened a new window of opportunity for those striving to rebuild the stunted educational system in Sudan. Opportunities that the national education coalition is determined to seize.

Since the ousting of dictator Omar Al Bashir in April 2019, optimism has flourished in Sudan. Democracy is replacing military rule and peace talks are looking to replace years of civil war. And after decades of neglect, it seems that those now in power are making a concerted effort to rebuild the educational system and be able to provide education for all.

“From the beginning, the transitional government has taken an interest in education and been keen to involve civil society in solving problems and suggesting ways forward. We have gladly taken this opportunity to influence the course and support the mending of the current system,” says Dr. Mubarak Yahya Abbas, president of the national education coalition in Sudan (SCEFA).

Since its establishment in 2002, SCEFA has grown to a platform of more than 70 organizations and groups working and advocating for quality education for all. A vision previously jeopardized by poor management, political neglect, war, and unrest leading to insecurity and poverty and years of general decay in the educational system.

From one CSO to another: Sharing advice and learnings

To remember that life is a school, and the same person has benefitted from its lessons. To my experience the secret of practical success is solidarity and teamwork

New ideas on how to successfully lobby powerholders to increase the budget for education. What arguments and methods has worked for you?

Access to basic education in Sudan has stagnated over the past decade. The Gross Enrolment Ratio of 73 percent is low compared to other countries, and out of those enrolled, only half are expected to complete primary school. Among marginalized groups such as nomadic children, a staggering 79,6 percent are currently out of school.

Finally, education is a political priority

“The previous government was not opposing education but did not have it as a priority. Thus, as economic hardships grew, budgets and political attention went somewhere else,” says Dr. Mubarak Yahya Abbas. “Now we finally have a government that is in favor of education, a government that is more aware of the importance of education for economic and social development. We seize the opportunity to advocate our views and share our knowledge to support the governance in this work.”

Upon request from the Forces of Freedom and Change (FFC) and Sudan Professional Association (SPA), SCEFA has done an analysis of the current educational situation in Sudan. The report contains discouraging statistics on access, retention and quality of basic and secondary education, and reveals illiteracy rates of up to 84 percent in some areas.

SCEFA and partners suggest solutions to address the issues outlined in the report.

One issue identified by SCEFA is the low quality of many teachers, caused by poor training and low salaries that makes it difficult to attract skilled teachers. The result is public schools with untrained and unmotivated staff. SCEFA proposes changes to the curriculum and teacher training and has previously recommended a raise in salaries.

SCEFA - the national education coalition in Sudan - was established in 2002 through an initiative from several civil society organizations working in the field of education and then officially registered in 2005.

SCEFA is based in Khartoum with five field offices and a total of 79 members – NGOs, CSOs, institutions, centers, unions and associations with a focus on education.

SCEFAs vision is to strive for a society of knowledge based on respect, diversity and interaction with the international community, actively participating in human development and revolution in order to achieve better quality of life for all.

“We have already seen the government approve the suggestion that teachers’ salary goes up 500 percent. At the same time, we saw the government accepting another key recommendation - to increase the budget for education from a record low of 2,8 percent of GDP to at least 10 percent, and a plan is being developed for the rebuilding of classrooms and buildings that are often found in poor conditions. We are very happy about these developments,” says program manager in SCEFA, Ensaf Abdalla.

While working with the government on analysis and policy development, SCEFA is also campaigning to mobilize the Sudanese people around education. Lack of enrolment and high dropout rates are often the result of poor quality, unsafe conditions, or displacement. But it is also a result of families not pursuing education for their children because of poverty, unawareness of the value of education or cultural beliefs pushing girls to early marriage and household work instead of education.

Education can be heavy on families

“After years with a poor functioning educational system, we need to engage the public in the rebuilding of schools and motivate them to once again have the audacity to believe in school as their kids’ path to a better future,” says Ensaf Abdalla. One important prerequisite is that the government remove the economic burden that education tends to pose on families.

SCEFA research shows that parents are funding nearly 20 percent of schooling themselves through the maintenance of school buildings, purchase of scholastic materials, uniforms and books, and provision of supplementary salary for teachers. This makes education unattainable for the poorest and enhances the inequality in Sudan – the poorest children are dropping out while wealthier kids continue their education in top-notch private schools.

“There are many difficulties and challenges, sure, but also a unique momentum now to get things on track. As a CSO we can do some and with public support we can go far. We are working very hard to benefit fully from this window of opportunity that has opened to us. And we are very optimistic,” says Dr. Mubarak Yahya Abbas.

Sudan is listed as a lower middle-income country with a significant export of oil and other natural resources – but the wealth benefits only the privileged few while the vast majority are living in poverty. Before Covid-19, about 9.3 out of 40 million were already in need of humanitarian support and the government estimates that 65 percent live below the poverty line.

Marginalized groups only rarely receive quality education. According to estimates, only four percent of disabled children go to public school and among the nomadic minority that make up around one fifth of the Sudanese population, 79,6 percent are out of school. Adding to these figures, almost three million primary and secondary school-aged children are currently experiencing their education interrupted by war and unrest or disaster (not counting Covid-19). 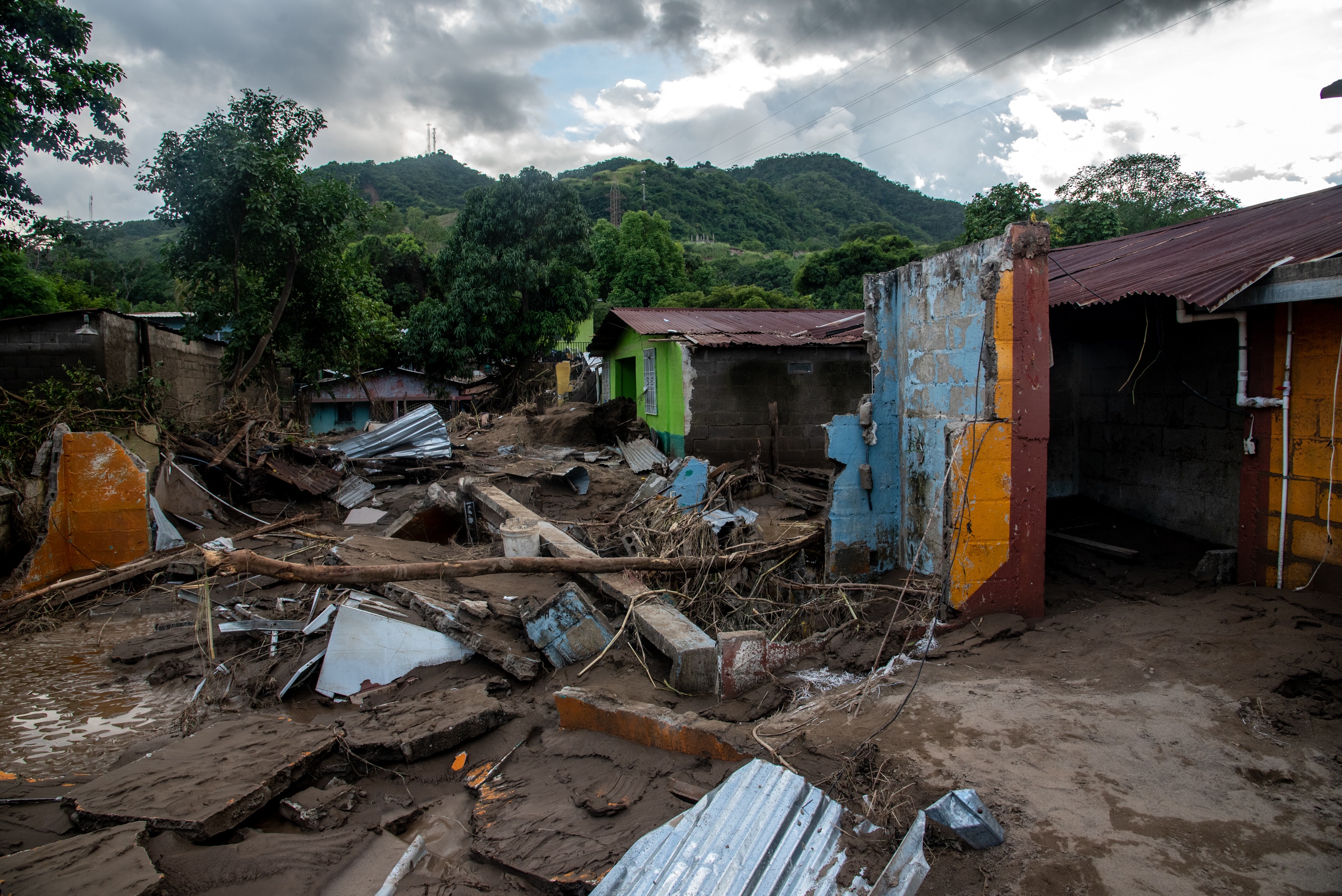