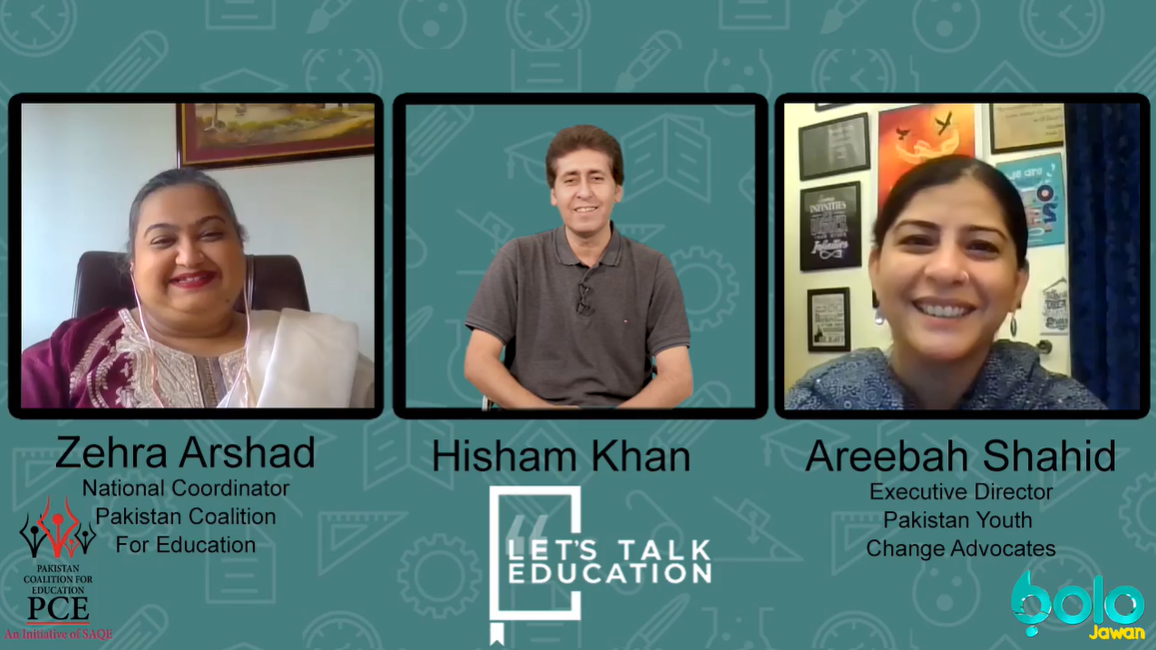 Let’s Talk Education was created to enable a broad debate on education during the pandemic. Now, this widely popular Pakistan podcast is gearing up for it’s post-pandemic second season engaging students and decision makers from all over the country.

When the first season of Let’s Talk Education was envisioned, Pakistan, like the rest of the world, was battling the COVID-19 pandemic in top gear. In-person interactions were difficult to arrange, and the socio-economic impacts of the pandemic (e.g., increased poverty, increased child labor and early marriage, along with loss of learning because of prolonged school closures) greatly increased the need for advocacy efforts such as those led by the Pakistan Coalition for Education (PCE).

The PCE needed new and safe ways to engage decision makers. At the same time, they needed to ensure that advocacy efforts were well-informed and guided by the experiences of students—especially girls and marginalized groups.

Accordingly, the PCE collaborated with the Pakistan-based digital publication BoloJawan.com to launch a podcast series aimed at engaging education experts, policy makers, parliamentarians and students on the issues impacting Pakistan’s education landscape. This initiative was fully supported by Education Out Loud.

During its initial run of 12 episodes, the podcast was successful in engaging key political office bearers, public officials, experts and students, such as the minister for education, Gilgit, the chairperson of the Standing Committee for School Education, Punjab, and the Parliamentary Secretary for Education, Khyber Pakhtunkhwa. But the podcast also opened the discussion for the public. Each episode was preceded by a Twitter poll and public reactions offered an important window into the issues being faced by common citizens in the pursuit of educating their children.

The first season of Let’s Talk Education reached a nationwide audience of over 100,000 people. 90.5% of the podcast’s audience consisted of 18 to 34-year-olds.

Based on the healthy feedback and engagement received during the first season, the podcast has been renewed for a second season. The podcast’s second outing focuses on the post-pandemic rise in inflation and a nationwide recession on the country’s ability to educate its children.

They are also available as blogs, and include English summaries:

New episodes can be found at bolojawan.com